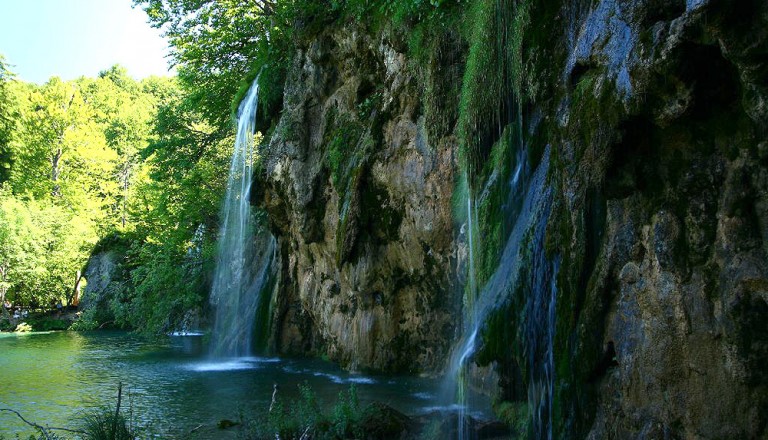 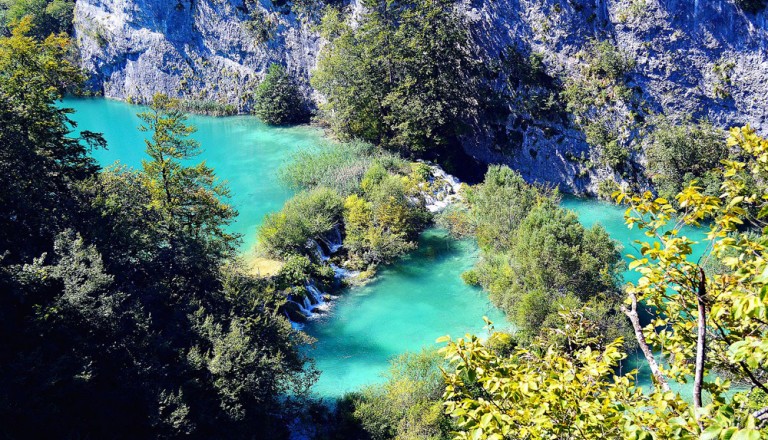 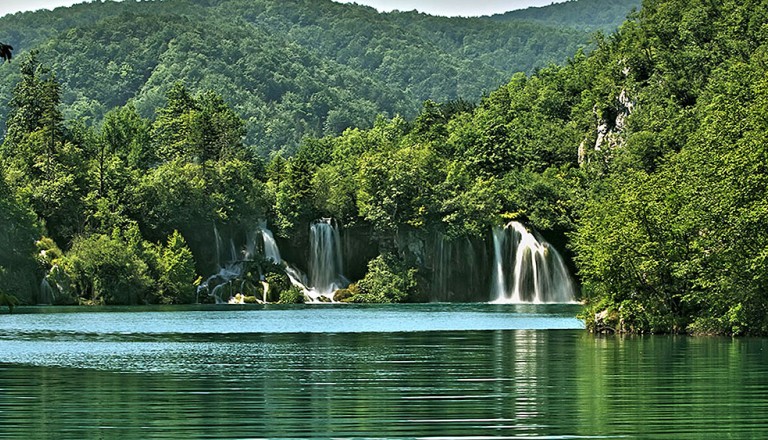 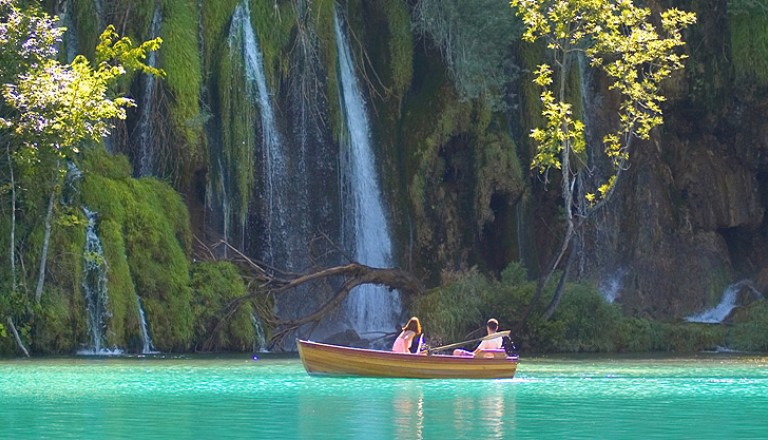 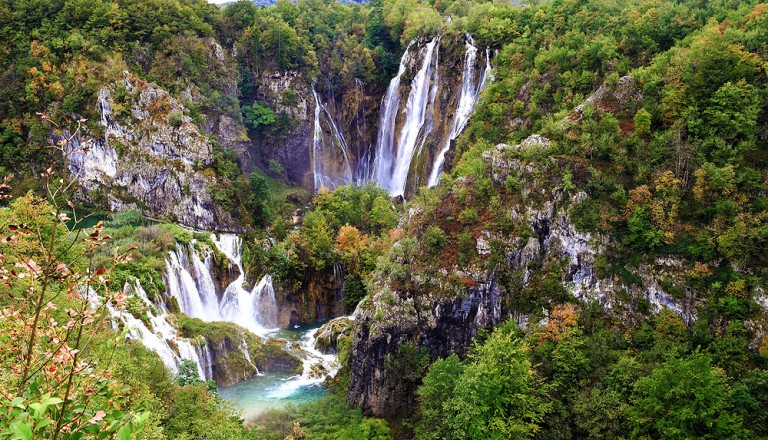 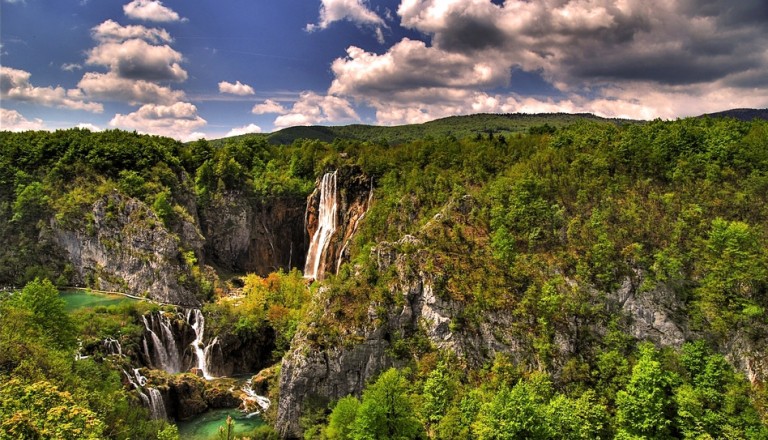 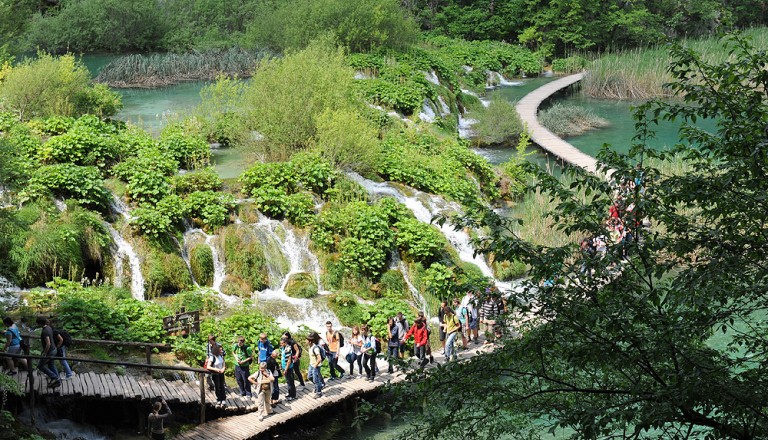 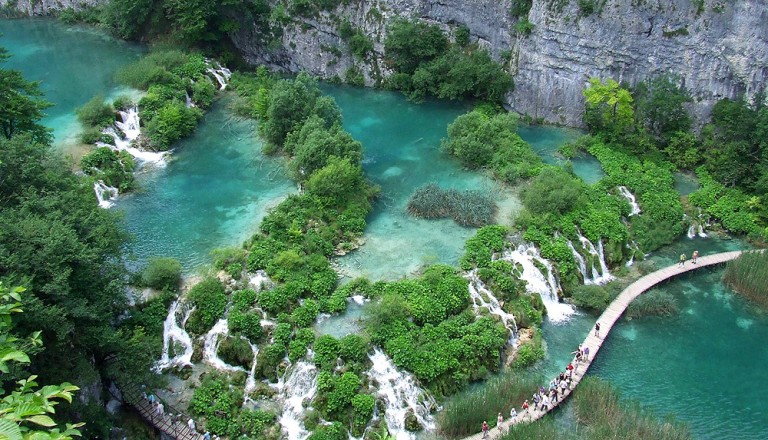 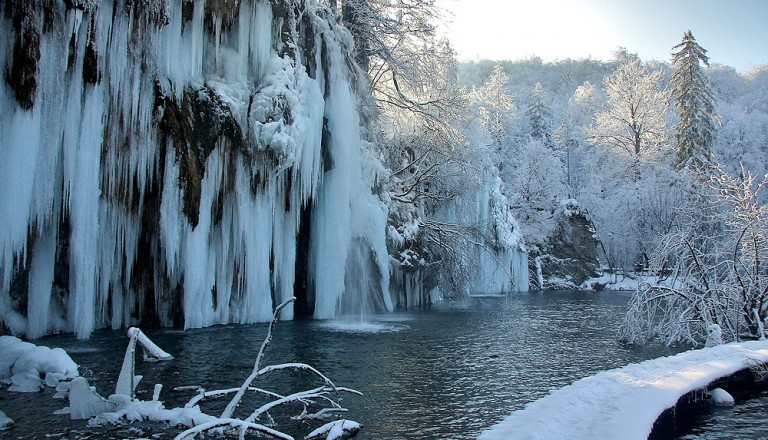 This almost ten kilometers long wonder of nature is located in the moutainous region between Mala Kapela and Lička Plješivica, in the direction towards Dalmatia.
Legend named it Vražji vrt. It emerged in ancient times during the great drought. The inhabitants ­persistently prayed for a drop of water and the Black Queen who had heard their prayers granted them rain that fell continually for days until it had soaked the earth and formed a lake.
In the magical greenery of the waters, lake plants and trees 16 ­silver-coloured crystal-clear dark green lakes follow one after ­another. They are filled with water by many rivers and streams and are interconnected by foaming cascades and falls. Calcium carbonate ­sediment from the free-flowing waters helped by special types of algae and moss developed porous rock - sedar. This sediment covers the rocks on the shores and the ­bottom of the lake and gives the water a special colour and sparkling beauty.
The formation of cascades is a ­biodynamic process which is a first class attraction and is a particularly interesting, scientific phenomenon. Besides lakes there are additional attractions: almost twenty caves, many different types of birds and wildlife, pine marten and stone marten, deer, bears, wolves wild boars, wild cats and remains of ­prehistoric dwellings have been found.
The most attractive part of the national park (Upper and Lower lakes) have two entrances. Besides visiting it on foot along a network of wooden bridges it is possible to visit the lakes by tourist train and by boat.
There is a number of settled trails leading to the most attractive spots for panoramic views of Plitvice Lakes and the surroundings. One of them is Oštri Medvjeđak vrh (889 m) from which the view extends to Lička Plješivica, the Una and Korana valleys, and another is Tupi Medvjeđak (868 m), with an ­impressive view of 6 of the biggest lakes, among which Lička Plješivica and Mala Kapela. All information on trails can be obtained at the information center at the entrance.
Plitvice Lakes are open to visitors all year round. Hunting, fishing and swimming are not allowed. Accomodation is possible in a ­number of hotels of the national park and in the autocamp with 550 places or in the 47 bungalows. There are possibilities for private accomodation in rooms and apartments in the surrounding villages.