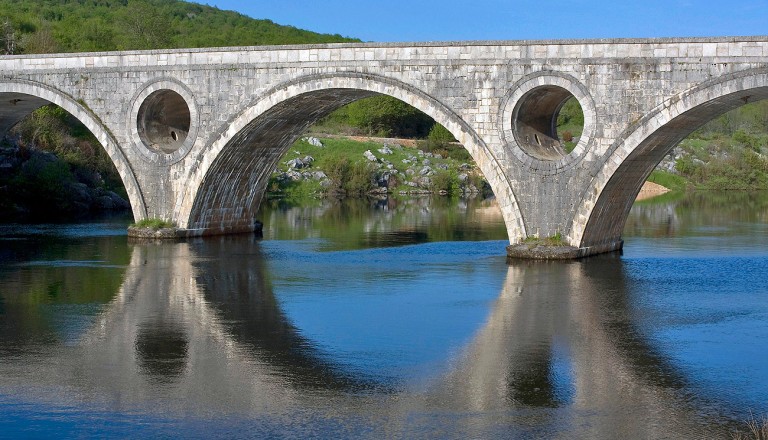 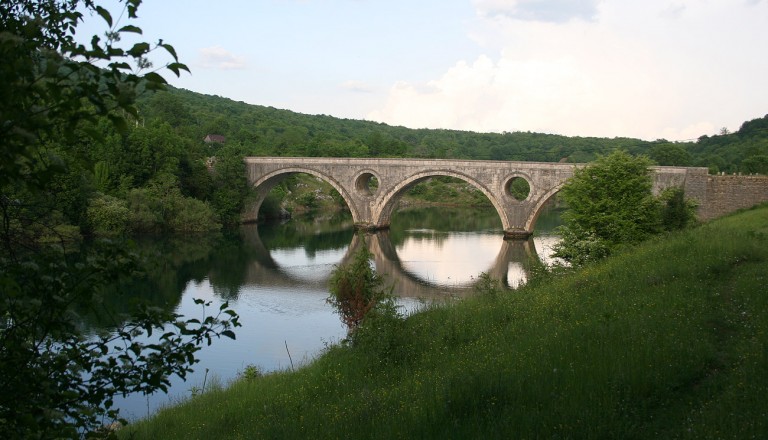 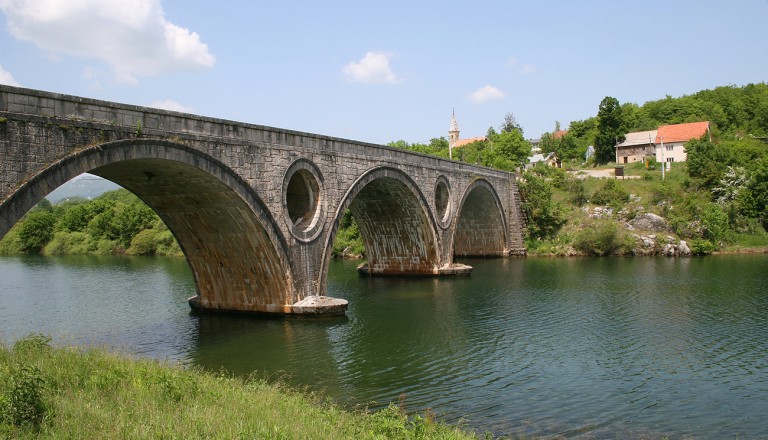 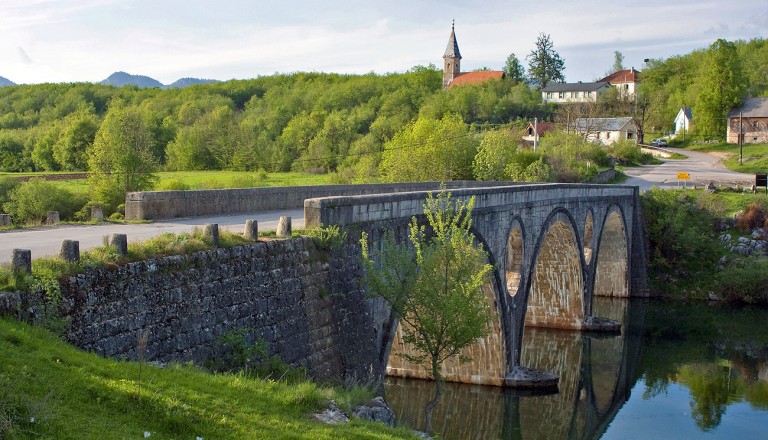 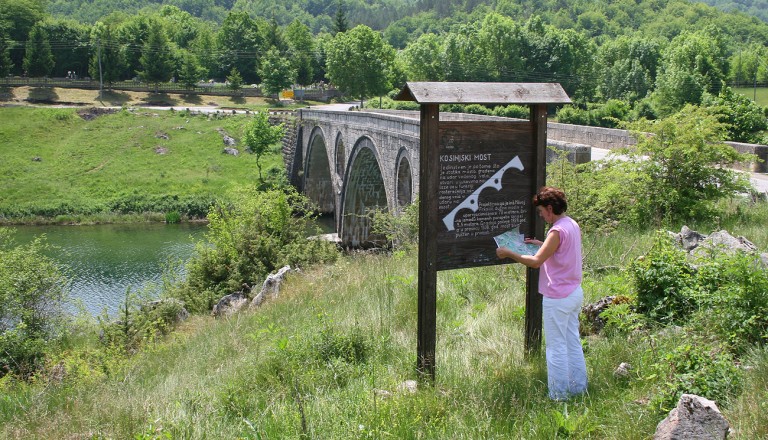 Kosinj Bridge is a seventeen meter-long stone bridge that crosses the Lika River connecting Gornji and Donji Kosinj. It was designed in the 19th century by Milivoj Frković, a civil engineer, and built according to the old Croatian bridge building technique. The bridge is unique with its openings in the arches whose function is to relieve the impact of the waves on the bridge, while being, at the same time, outlined in the water as symmetrical circles.