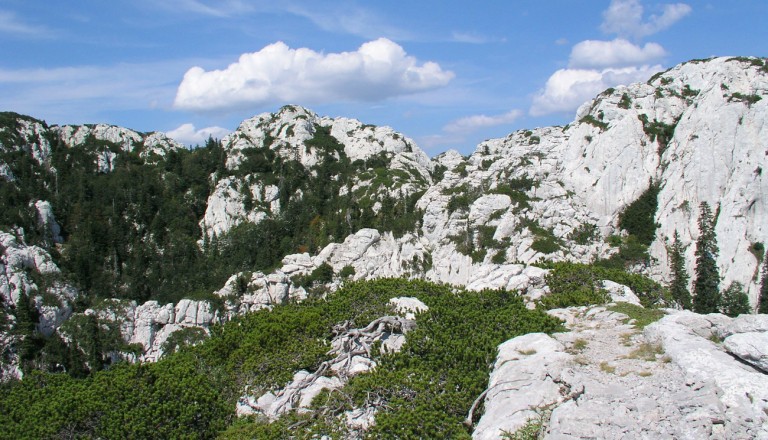 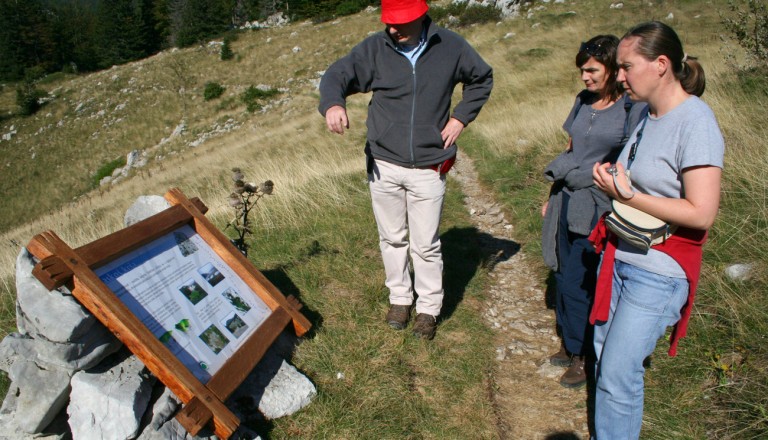 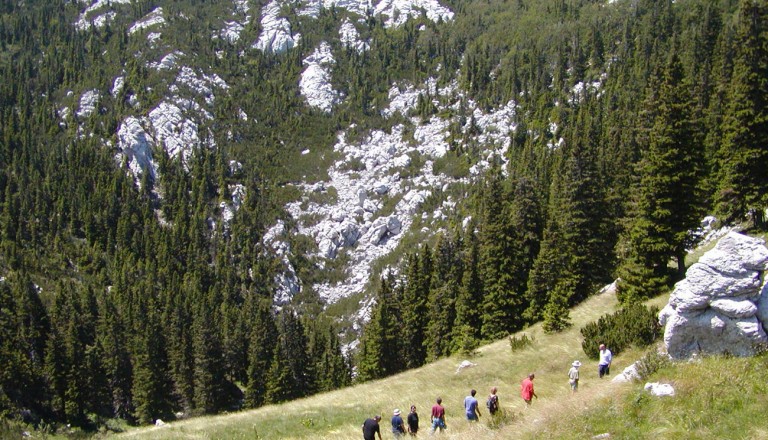 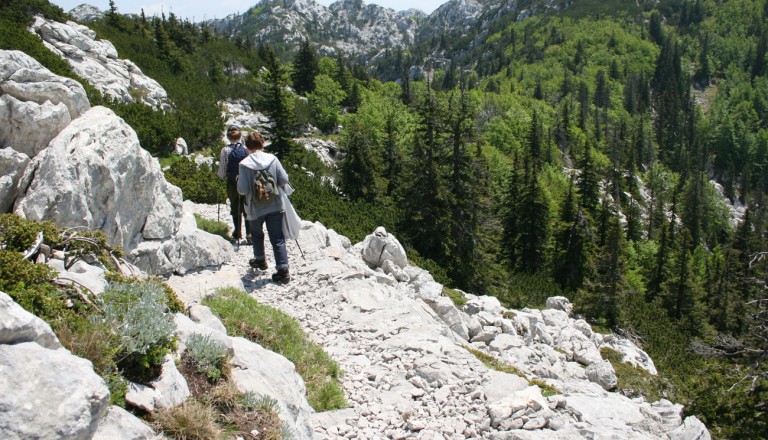 Premužićeva Trail is a 57 km long hiking trail that leads along the Velebit across the craggy ground of the north and central Velebit. The trail starts at Zavižan Mountain Hut, takes you to Veliki Alan and ends at Oštarijska vrata.

It was named after its crator, Ante Premužić, (1889 – 1979) the civil engineer that built roads and trails on Velebit. The construction of the trail was completed in just three years (1930 - 1933). Numerous workers from villages at the foot Velebit mountain worked on the construction. High quality of the construcion and integration into the nature make this trail a masterpiece of civil engeneering.

Trails takes you to the wildest and the most beautiful parts of Velebit that were known only to the small number of locals. The difference betwen the highest and the lowest point of the trail is just 200 m, so the trail is perfect for hikers. Shelter can be found in several mountain and hikers hut along the trail.

How to reach:
The tral can be reached from the inland, directions of Mrkvište, Ledena Draga, Begovača and Štirovača, or from the southwest hiking trails, and from directions of Brisnica and Gornje Klade on the coast, and from Krasno on the northeastern side.

From Krasno take the road towards Oltari and after 10 km you will see a road sign marking a turn towards North Velebit National Park. The road is partly asphalted (about 9 km) and takes you to the peak of the mountain and to Zavižan Mountain Hut.
(1676 m).